I am a threat only to those who believe in hatred: Teesta 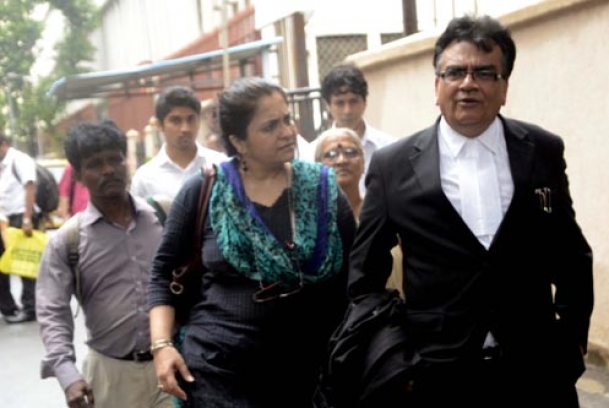 Amid all the legal troubles she and her husband Javed Anand face, human rights activist Teesta Setalvad is unfazed and believes that the good will finally triumph.

Accusing the Central Bureau of Investigation (CBI) of political vendetta, Setalvad took strong exception to the CBI calling her a "national threat".

In an interview to IANS, Setalvad said this echoed the mindset of the Narendra Modi government.

“It is ludicrous and disgusting and echoes the mindset of the regime in Delhi. We are a threat only to those who believe in the politics of hatred and division,” she said.

The CBI had registered a case against Setalvad in connection with alleged violations of the Foreign Contribution Regulation Act (FCRA) on July 8. The agency claimed that her firm, Sabrang Communication and Publishing Pvt Ltd, received around Rs.1.8 crore in donations from overseas.

Countering allegations of taking money from Ford Foundation, Setalvad said she had cooperated with the investigation, giving 25,000 pages of documentary evidence.

"Communalism Combat", the monthly magazine published by Sabrang Communications, signed an agreement with Ford Foundation in 2004 and 2006 after eminent legal counsel said this would not violate FCRA.

Sabrang kept records and provided copies of the document during an inspection by FCRA in Mumbai on June 9-10. Additional documents were also posted.

With the Zakia Jafri case scheduled to come up in the Gujarat High Court on July 27, Setalvad sees a political conspiracy in the CBI probe and the raid that took place at her office.

The petition filed by Jafri, the widow of Congress MP Ehsan Jafri who was killed by a mob in Ahmedabads Gulbarg Society in 2002, denounces a court-appointed Special Investigation Teams closure report.

The report ruled out the prosecution of Narendra Modi -- who was Gujarat's chief minister during the 2002 riots -- for his alleged role in the violence.

Setalvad felt that the cases against her was an effort to deny legal and constitutional rights to the survivors of the 2002 riots.

“Last year, the Gujarat Crime Branch lodged a false FIR on 'embezzlement' on me after a magistrate rejected the protest petition of Zakia Jafri. The attempt was clearly to obstruct the filing of an appeal.

"Despite all odds, our team filed the criminal revision. Now, when the matter is going to be heard, the CBI is being unleashed on us to prevent assistance to senior lawyers who will argue in the Gujarat High Court,” she said.

Raising doubts about the role of some officers in the agency, she alleged that there was a concerted attempt to intimidate, harass and vilify her in the public domain.

She says this includes Ahmedabad police commissioner, Shivananad Jha, who was being held culpable -- in Jafri's petition -- for gross acts of commission on the night of February 27, 2002.

Ditto for A.K. Sharma, a former joint commissioner of police in Ahmedabad who she said "was at the forefront of lodging the FIR against us in January 2014, and now he is the joint director CBI in Delhi”.

Setalvad said she faces six "politically motivated FIRs" and several other cases meant to malign her - all on the proposed memorial at the Gulberg Society.

“The original complaint by some Gulberg victims was of Rs.4.6 lakhs collected for a dream project, the Gulberg Memorial. It had to be dropped because of steep rise in land prices. (The money) is still lying unutilised in the accounts. This entire chain of vindictive actions began and is aggressively pressed by the Ahmedabad police,” she said.

Dismissing allegations that she has been targeting Narendra Modi, Setalvad said her allegations were based on evidences, collated from the affidavits of serving police officers, from the National Human Rights Commission, and the report and evidence before the Concerned Citizens Tribunal, Crimes Against Humanity, 2002.

Setalvad said she affirms her faith in the triumph of justice.

“In the 13 years since the Gujarat violence, we fought 68 cases. It has resulted in 120 convictions up to life imprisonment and had created path-breaking jurisprudence empowering the rights of citizens and survivors." - IANS