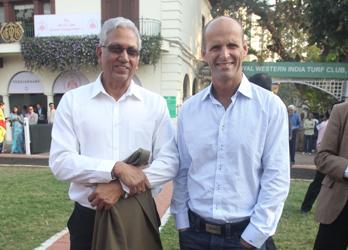 Though they have a stronger ODI record against India, Pakistan have never been able to beat the defending champions in five World Cup contests till date, the last of which came four years ago in the semi-final at Mohali.

"There is not much of a difference between the two teams. Both have good individual players but I will go with the record. India has always done and played well against Pakistan in World Cup. But if India wins this time, it will be because of their batting and not bowling," Amarnath told IANS on the sidelines of a Royal Stag Perfect Strokes event.

Interestingly, this will be India's first World Cup fixture against Pakistan which will not feature batting legend Sachin Tendulkar, who retired from One-Day Internationals (ODI) in 2012.

"Tendulkar has been a great player but every player has to retire and you can't get a replacement of his calibre anywhere. Not only him but players like Rahul Dravid, Virender Sehwag, V.V.S. Laxman, Yuvraj Singh are irreplaceable," added Amarnath, who was man-of-the-series during India's 1983 World Cup triumph. - IANS