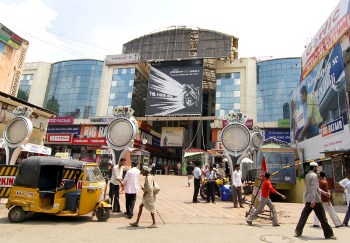 At a time when the country is launching another round of spectrum auctions in February and telecom operators are vying for allocations, global telecom infrastructure provider UTStarcom is confident that India's top 20 cities will be fully Wi-Fi enabled by the end of 2015.

"Wi-Fi will compliment data offload applications, which is something that all operators are implementing worldwide. India also has started (on this). By the end of 2015, Wi-Fi will be a reality in India. It will be there in top 20 cities in India, full coverage," Rahul Pandey, director - sales (SAARC Countries) at UTStarcom, told IANS.

Wi-Fi is the popular term for a high-frequency wireless local area network technology.

UTStarcom, with its operation headquarters in Hong Kong, recorded a $160 million turnover in 2013, with India being the second highest market after Japan. The company has been present in India since 2000 and has worked extensively with private and public players in deploying telecom infrastructure.

"After 2G, everyone (operators) came to 3G and paid for spectrum. There will be a stage they will be running out of spectrum to expand. So, that is the time, typically, when Wi-Fi comes in," UTStarcom chief executive officer William Wong told IANS.

"When Wi-Fi comes in, the cost of carrying data will be around one-tenth. If they want to offload the traffic on 3G or 4G and move it to Wi-Fi, the operating expenses will be dramatically reduced. That's what exactly we see in Japan," he added.

The company is working with a host of operators and they are bullish and determined on Wi-Fi connectivity. "They will be doing in phased manner. Some of them have started in trail phase," Pandey said, declining to name the operators.

"We have deployed more than 500,000 hotspots (Wi-Fi area), which means 1.5 million access points. The telecom secretary showed interest to replicate it in India," Pandey said.

The Indian government is extremely keen on speedy rollout of Wi-Fi services in the country.

"No policy problems. We have met all the telecom operators and they are finalising their budgets for Wi-Fi. The company is ready for deployment. We have expertise available. So it's not a challenge for us," Pandey added.

The company is focussing on the government's National Optical Fibre Network (NOFN) that will help it to deploy Wi-Fi in rural areas. NOFN is set to link 600 million rural citizens of India across 250,000 gram panchayats spread over 6,600 blocks and 631 districts through a broadband optical fibre network.

"We did half a million in Japan in half a year. With NOFN on schedule, we could be coupling hand in hand with NOFN deployment. The minute NOFN deployment is done we can connect places with Wi-Fi," he added.

Wong said UTStarcom's platform supports a very dense number of hotspots. One controller can manage up to 120,000 hotspots.

"Now we are looking at the government for acceleration in deployment in both public and private sectors. The Modi government is active in connecting not just the Metros but also rural areas. So, I believe they are taking the right steps. So India can catch up on the global stage," Shalin Shah, general manager, India operations, UTStarcom, told IANS.
- IANS