Aishwarya Rai happy at dropping the bikini at Miss World 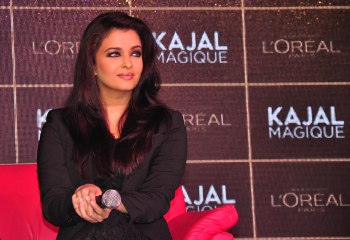 Indian actress and former Miss World Aishwarya Rai has lauded the organisers of the international beauty pageant for removing the swimsuit round from their competition. She says when she won the crown in 1994, she herself didn't have the "fittest beach body".

Aishwarya has said she was "very happy" to know of the development.

"When I became Miss Word, I was definitely not the best beach body of all the 87 contestants. I can vouch for it...I can put a stamp on it. And yet I won the title," said Aishwarya, who was recently felicitated for being the most successful Miss World ever.

"People believe that this (swimwear round) is an imperative round and this becomes the deciding factor. That's not true," she added.

The actress also remembers having been told that "getting the 'Miss Perfect 10' title was not only about literally your physicality, it was all about how you presented yourself, your confidence and so much else that went with it," she said.

On the film front, Aishwarya is making her comeback to the big screen after almost five years with Sanjay Gupta's "Jazbaa". - IANS