A Tennis Affair: 20 Years of Courtship in Chennai 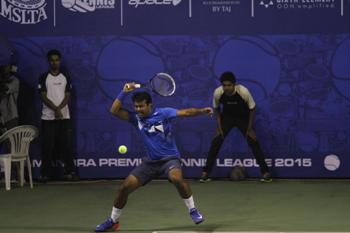 Chennai celebrated its 375th birthday last year, but a special sporting event exclusive to the South Indian Capital turns 20 as on this year. The event which has now transformed into the pride of Chennai has seen a number of legends visit during the January of every year commencing from 1996.

Yes, that event is the ATP Aircel Chennai Open, the subcontinent’s only premier tennis event! But now with this article let us reminisce the greatest moments of this event across these two decades, which have seen Chennai being crowned the tennis capital of the nation.

The event began in 1996 in the Indian Capital of New Delhi as the Mcdowells Open, a humble beginning which didn’t quite see the start that tennis enthusiasts in the nation were looking at, but did see a number of famous players including the beginning of the Lee-Hesh doubles pair of Leander Paes and Mahesh Bhupathi (although they lost in the the 1st Round).

Swede Thomas Enquvist took the title that year and the Swedish Pair of Jonas Bjorkman and Nicklas Kulti won the doubles.

It was in 1997 after some persuasion of certain tennis legends from Chennai that the event was moved to the Southern Capital and renamed the Gold Flake Open.

Chennai had always been the tennis capital of India producing the Amritraj brothers and the Krishnans to name a few. Even Leander Paes India’s most successful doubles and singles player was trained in Chennai.

The first edition saw the reigning Wimbledon Champion Richard Krajicek and Wimbledon finalist Malvai Washington being featured. However, the scorching Indian summer took a toll on the legends and there were a number of upsets before the sixth seeded Swede Michael Tillstrom took the title.

But much to the delight of the local crowd, the Indian-duo of Leander Paes-Mahesh Bhupathi went on to win the doubles event. It saw the birth of the legend of Lee-Hesh, who would go on to win four more Chennai open titles and four Grand slam events in the future.

In 1998 the event moved to an even grander scale with the likes of former World No.1 Patrick Rafter and the legendary Boris Becker taking part. Rafter at that point was invincible and took home the title. Lee-Hesh retained the doubles title and delighted the home crowd. With the big names playing it, the event went on to be rated as one of the top fixtures in the ATP calendar.

The year 1999 would see some upsets and a surprising champion in the form of Byron Black. Lee-Hesh would yet again retain the doubles. The duo became the world's No.1 doubles team in 1999, reached 4 grand-slam finals and won two of it.

The dawn of the new millennium would see the tournament change its dates to the first week of the first month of the calendar year and held before the Australian Open. Gold Flake would retain its title sponsorship up to 2001, but after the ban on tobacco advertising by the Government, it was forced to give up the sponsorship. From 2002 to 2004 it was known as the Tata Open with the Tata group taking over title sponsorship.

The year 2002 saw the event bringing forth to the world a future champion in the form of Thai Player Paradorn Srichapan who would go on to become the highest ranked Asian in the Open era. He became a tournament regular and played in four consecutive finals from 2002 to 2005, winning the title once in 2003.

The Chennai open saw the participation of Carlos Moya as a world number one in 1999 but he failed to take the title that year. Moya’s career did go into bit of a slump later but he won the title in 2004. He was locked in a legendary rivalry with the Asian champion Paradorn Srichapan.

Moya and Srichapan reached the final of the 2004 and 2005 editions. Moya won both titles. In 2005 he donated his prize money to victims of the 2004 Tsunami. 2006 saw him as both the tournament and crowd favourite, but he lost in the final to Ivan Ljubicic. Moya was a regular at the tournament up to his retirement in 2010.

Few might know that long before he found international fame and being Spain’s Davis Cup Champion Rafael Nadal won his first ever hard court event at the Chennai Open by taking the doubles crown in 2004, partnering with fellow Spaniard Tommy Roberdo.

Nadal would go on to become one of the greatest players in history winning 14 grand slam titles and becoming world No.1. Nadal though playing thrice in the singles events was never able to win the Chennai Open, his best finish being as finalist in 2008 losing to Mikhail Youzhny.

Nadal however clearly won the hearts of the people, and in the 2008 semi-finals he battled it out with fellow Spaniard Carlos Moya in a gruelling 4 hour match in which he saved five match points to win 6-7,7-6,7-5.

In 2009 the home crowd was in for a treat as local boy Somdev Devvarman made it to the finals. He beat former champion Carlos Moya on his route to the finals. However the finals would be taken by Marin Cilic who would go on to win the title in 2010 also.

Somdev would go on to become India’s highest ranked player and beat some of the best players in the world and break into the ATP top 50 in singles. He was also partly trained in Chennai and his famous lines in Tamil when receiving the runner-up title would go down in history as one of the most memorable.

Marin Cilic and Stanislaus Wawrinka, both two time champions, created history in 2014 and dethroned the big four of tennis (Roger Fedrer, Rafael Nadal, Novak Djokovic and Andy Murray) to take the Australian Open and the US Open, the first time since 2004 that two slams were won by players outside the big four.

Wawrinka went on to take the world No.4 ranking, beating the likes of Rafael Nadal and Roger Fedrer in a year which saw him play some of the best tennis of his life. Cilic had won the US Open beating Kei Nishikori in the finals.

The year 2014 undisputedly belonged to the Chennai Open as its former champions, Nadal, Wawrinka and Cilic each took a slam. 2015 is the 20th year and Wawrinka has returned to defend his title.

Even with the advent of the International Premier Tennis League and the Indian Tennis League (both of which did not have a match in the city) Chennai’s status as the Tennis Capital of the country would still be a constant.