'Need driving licence, tourist permit? Everything can be done' 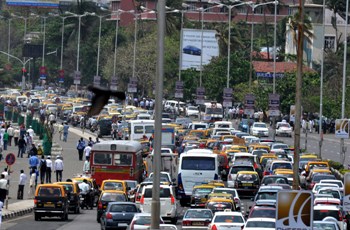 Thousands of motor vehicle drivers across India don't have appropriate certificates, sometimes even licences, to get tourist permits to drive commercial and other vehicles. However, just by shelling out some extra bucks they manage to procure such documents fraudulently - often under the nose and with connivance of transport departments - that permit them to drive around with impunity.

What happens in the capital city is symptomatic of the rot within - a system that allows a taxi driver to go around with fake certificates, get themselves registered with international taxi services and then prey on unwary women.

Disguised as a decoy customer, when this IANS correspondent reached north Delhi's Burari office of Delhi government's Transport Department, a man idling near the entrance gate asked: "Brother, come here. What do you want?"

On being asked about a tourist permit, he said, "Do you have a car? What is the registration number of the vehicle? Have you come with the documents? You should have address, ID and date of birth proofs along with a character certificate issued by the police."

The reporter said he did not know how to get the tourist permit and wondered if it was possible to get all the necessary documents prepared without having to visit the different departments.

The person - a tout -- replied with a sense of pride, "Why are we sitting here? Everything can be done."

When told that the amount was too high, he said, "Brother, it is not that I will keep the whole amount. The money will go to officials sitting inside. For a few days, they (transport department officials) have hiked their commission."

After haggling, he agreed to give a discount. "You just pay Rs.8,500. Now, give me your documents," he demanded.

The IANS correspondent talked to several other agents, and all of them assured that the job would be done -- all at a cost that they said would be "shared with people inside (transport department)".

The situation was similar at the office of the North Delhi Transport Authority office at Mall Road near Delhi University. There were four to five touts standing outside the premises talking to people who needed a tourist permit and driving licence.

When this reporter told one of them that the commission was too high, he replied, "The department has become very strict after the rape committed by an Uber cab driver. Now, they are not doing all these things easily. We have started paying them more commission to get the work done."

It is not that touts or agents are available only near transport offices; many also operate from small offices in the city. They have also advertised about their services on different websites.

The IANS correspondent talked to one of them asking about the procedure and the cost.

The attendant on the other side said, "We charge Rs.9,000 and you will have to provide a few documents. You can come to our office in Subhash Place (northwest Delhi) area." He also gave his office's address to the reporter.

When contacted, Delhi Transport Department's Special Commissioner Kuldeep Singh Gangar refused to comment on how the Uber cabbie, accused of raping a Delhi woman, got a tourist permit by using a fake character certificate.

"The case is under investigation. I can't say anything on the issue," Singh told IANS.

Asked if the transport department was taking any steps to stop such fraudulence, Gangar said: "We are conducting a departmental inquiry. We will call you (IANS correspondent) and give the details. Now, it will be too early to say anything."

Transport department sources said it was mandatory to submit a character certificate before getting a tourist permit. However, in many cases, the norm is not followed because touts would manage all the documents and it looks real.

The sources said that about 50 percent people don't come with proper character certificate as it takes time to get proper police verification.

"The people just approach touts and they manage the needed documents," he claimed, adding that if such a scenario is in the national capital it could be worse in other states.

A senior official said the 13 transport offices in the capital taken together issue over 100 tourist permits in a month.

Shiv Kumar Yadav,32, who is accused of raping a 25-year-old business analyst Dec 5 night inside his cab, had submitted the forged certificate to the Regional Transport Office (RTO) at Burari to avail of an All India Tourist Permit to drive his cab which was later used for providing service through Uber, a US-based taxi service. The San Francisco-based online cab service has been banned in Delhi and some other cities in the country following the rape.

"The Burari RTO is under the scanner and the police are in the process of a major crackdown on agents and touts active in the area that help people with such forged documents," Deputy Commissioner of Police (North) Madhur Verma told IANS.

"We have also asked the Burari RTO how such a forged document was accepted by them and the permit was issued," he said. - IANS