Tamil sage poet's life to be taught in all schools 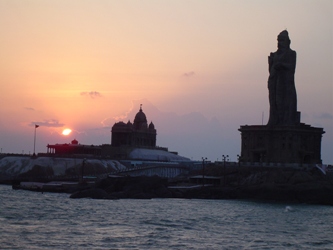 Human Resource Development Minister Smriti Irani Saturday said she will gift books by Thiruvalluvar to all central universities and have the birth anniversary of the Tamil sage poet and philosopher celebrated in schools all over India through introduction of his life and works.

She conveyed this to Union Minister of State for Heavy Industry Pon Radhakrishnan and several Tamil groups from Delhi and Tamil Nadu who met her here.

Irani assured that the works of Subrahmanian Bharathiyar will also be introduced in north India's schools.

She said that through essay and poetry competitions to be organised nationally, Thiruvalluvar's works will be introduced in schools all over India.