Intriguing tales from a 16-year-old 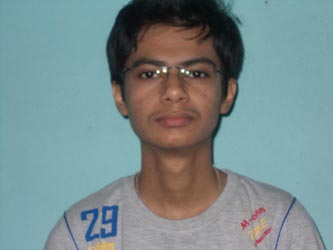 When others of his age were busy decoding geometry theorems or connecting with friends on social networks, this 16-year-old was quietly weaving intriguing tales of crime and punishment.

Meet Arkopaul Das, a Class 10 student who has already penned two crime thrillers and is working on a third. Inspired by reading the likes of Agatha Christie, Sidney Sheldon, Jeffery Archer and Arthur Conan Doyle, he has created his own detective - New York Police Department officer Alan Smith - who relies on his deductive reasoning to solve the most complex of crimes.

But why NYPD? "I have never been to New York but the city has always captivated me and I relish watching movies or reading and surfing about it. So it had to be the place where my stories are set," Arko told IANS with a smile.

Having extensively read about New York and its police department, Arko asserts that he is more a New Yorker than a Kolkatan.

A self-confessed 'loner', Arko aspired to become a cricketer, but his obsession for books, especially crime fiction, brought out the writer in him as he authored "The Dead Veteran" and its sequel, "The Insomniac".

"Since childhood I was fascinated with crime thrillers and spent hours gobbling them up. Steadily this urge grew to create a detective of my own who seems more realistic and uses his brains to solve the cases," says the Sherlock Homes fan but insists his Alan Smith is not modelled on his favorite detective.

"Smith prefers to be a loner like me, but as a cop he walks the last mile to ensure the criminals meet their end and his favourite city New York remains safe," Arko said.

Much like Holmes' Dr. Watson, Smith has detective Alex Hartley to partner him in picking up clues in their pursuit for the murderers as the gripping whodunit unfolds with shocking twists and unexpected turns.

Products of Amazon's Create Space incubation programme, the oeuvres in e-book and paperback formats have attracted mixed reviews. If his intriguing works delighted some, others panned the 'amateurish' treatment.

"Thought about trying out the new author and the result is great. This book has everything one would love to have in a mystery book. Good dose of twists and turns makes the story feel smooth...reads one of the many positive reviews "The Dead Veteran" has received on Aamazon.in, where it is available.

After his first release, in January, "The Insomniac" came out in October.

"I feel bad when my work is criticised, but at the same time I am learning to accept criticisms. They will help me grow as an author and as a human being," said Arko who, intrigued by forensic science, also dreamt of becoming a scientist.

Having lost his parents at an early age, Arko found solace in books, and credits his paternal aunt and elder sister for bringing out the writer in him.

"I don't like socialising; I am at ease being alone. I wanted to be different, do something creative and that is how it all began. Starting with short stories, I gradually developed the plot for my first novel.

"Surfing through the internet, I came across Amazon's incubation programme under which young writers' creations are promoted. They instantly liked my book and agreed to publish it," Arko said.

The dreamer in Arko hopes to see his Detective Smith vying for space among Holmes and Miss Marples some day. - IANS