For UP cops, 'filmi' uniforms, Facebook strictly no, no 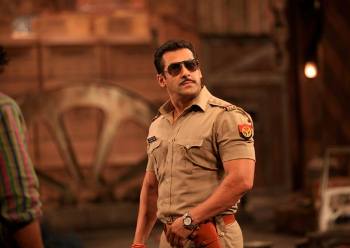 Here's a crackdown with a difference. Policemen in Uttar Pradesh have been told in no uncertain terms that Bollywood-style uniforms are out as is chatting on social networking sites like Facebook or browising the worldwide web as these are "unbecoming" for the men in khaki.

It started from Taj city Agra, where two constables were suspended last month for dressing up not like real but "reel" cops. The top hierarchy has asked district police chiefs to "take to task" policemen wearing skin tight clothes and aping the film stars - mainly Salman Khan as Chulbul Pandey in the smash hit "Dabangg" and Baji Rao Singham of the box office hit "Singham Returns" - with their shades dangling on their backs from with the collar.

"Yes, it is true that the senior police officers have taken a grim view on the fact that many policemen were dressed like silver screen cops and were not following the rules and regulations prescribed for the uniforms," Inspector General of Police (Law and Order) A. Satish Ganesh told IANS, adding that a meeting of senior range and zonal officers was held recently where it was noted that many policemen were not adhering to the dress code as prescribed in the rules.

After the directives from the state police chief A.L. Banerjee's office, the top brass has taken action against 427 policemen. While many have been suspended, others have been sent to lines - a form of punishment where they are taken off active duty and assigned to the police lines for performing other errands. Of these, 140 have been penalized in the Kanpur zone, 106 in the Gorakhpur zone, 125 in the Allahabad zone, 37 in the Bareilly zone and 19 in the Varanasi zone. Two constables - Bhupender Singh and Manish Solanki - were suspended in Agra for wearing "dark glasses and very tight pants".

Banerjee's assistant, Inspector General of Police B.P. Jogdand, has also written to all inspectors general, deputy inspectors general and district police chiefs to put new recruits on active field duties like patrolling so that they desist from "internet vices like chatting and social networking activities".

An officer said that with smart phones becoming cheap and easily available, it has been discovered that during office hours, police constables, mostly fresh recruits, were spending considerable time on chatting.

"The idea is to make the force more active, dutiful and in a state of preparedness for the challenges emerging out of changing criminal DNA, growing incidences of communal tension and other law and order issues," an officer told IANS.

The junior policemen, however, rue the fact that while they have been taken to task, many of their seniors are hooked on to the same practices, in fact in a major way. - IANS