The name of the dilapidated Kesarbai Building, whose illegal rear portion came crashing down on Tuesday killing at least seven persons, is mysteriously omitted from a comprehensive list of 499 "dangerous" buildings prepared by the BrihanMumbai Municipal Corporation (BMC), said a RTI activist.

"The BMC, as per the directions of the Bombay High Court, had compiled the list of the dilapidated buildings, which we secured through a RTI reply. Shockingly, Kesarbai Building's name is not mentioned anywhere in the list," Shakeel Ahmed Sheikh told IANS.

However, the Maharashtra Housing & Area Development Authority (MHADA) said in a statement this evening that the over 80-year-old Kesarbai Building 25/C was evacuated last year and it still stands today.

What collapsed on Tuesday was the illegal rear portion of the same building which does not fall within the purview of either MHADA or Mumbai Building Repairs & Reconstruction Board (MBRRB).

As per RTI replies given by the BMC, from January 2013 till day, Mumbai has witnessed a staggering 2,704 different types of structural collapses including buildings, walls, balconies, slabs, portions of homes, etc.

"This has resulted in 234 deaths, including 82 women and 152 men, besides injuring another 840, comprising 302 women and 538 men. Despite these tragedies, no steps have been taken by the BMC to demolish the buildings declared 'dangerous' in the past six years," Sheikh said.

He said that back in 2014, a Bombay High Court Division Bench comprising Justice A.V. Mohta and Justice A.A. Sayed had directed the BMC to identify all dilapidated and dangerous buildings in Mumbai and put up their list on its website.

The court had also ordered the BMC to draw up the list irrespective of its ownership -- whether private, government, BMC, or any other agency -- and send notices to the occupants to vacate such buildings.

"Its been five years since the court orders, but the BMC has done nothing to evacuate all these 499 dangerous (C1) buildings and demolish them. Another big tragedy is just waiting to happen anytime," warned Sheikh.

Following a complaint by a resident, the BMC had served a notice to the Kesarbai Building owners, Bai Hirabai Rahimbhai Aloo Paroo and Bai Kesarbai Dharamsay Khakoo Charitable and Religious Trust, ordering them to carry out a structural audit of the structure.

On July 31, 2017, after the audit report was submitted, the building was classified as 'C1', to be evacuated immediately and demolished on priority.

However, a month later, the BMC learnt that the building was actually came under the Maharashtra Housing & Area Development Authority (MHADA), and it had no jurisdiction.

Accordingly, on August 7, 2017, the BMC wrote to the Executive Engineer, Mumbai Building Repairs & Reconstruction Board (MBRRB) of MHADA, to take appropriate measures as per the high court orders (above) to prevent any loss of life.

At the same time, the BMC also washed its hands off the matter saying the civic body would not be responsible for any accident that befalls Kesarbai Building.

Sheikh said that on July 2, through his NGO Adhikar Foundation, he had written to BMC Commissioner Praveen Pardeshi to take immediate steps to demolish the 499 "dangerous" buildings in the city.

Exactly a fortnight later, the rear illegal portion of the Kesarbai Building 25/C crashed down. IANS 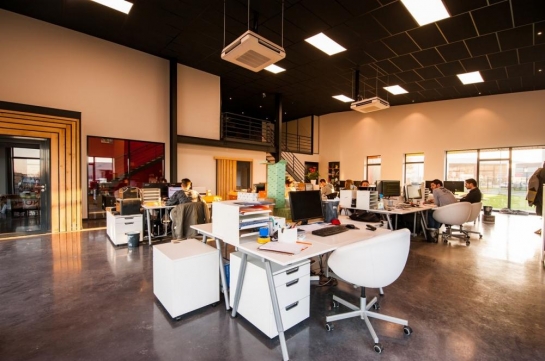