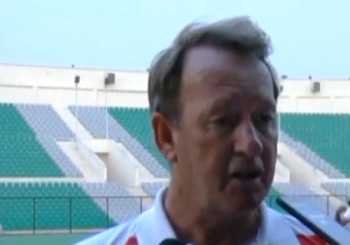 Terry Walsh, who guided the Indian men's hockey team to the Asian Games gold after 16 years, Tuesday resigned as the chief coach citing "difficulty in adjusting to the functioning of the country's bureaucratic system" but the Sports Authority of India (SAI) contended that the Australian was unhappy with the functioning of Hockey India (HI) rather than the nodal agency.

"I hereby tender my resignation as the chief coach of the Indian men’s hockey team as I am finding considerable difficulty adjusting to the decision-making style of the sporting bureaucracy in India which I believe, in the long term, is not in the best interests of Indian hockey or its players," Walsh wrote in a letter to SAI director general Jiji Thomson.

However, Thomson was of the view that Walsh was anguished with the functioning of HI and not SAI.

"Today, he (Walsh) made a visit to our office and met Sudhir Setia, executive director (Teams) wherein he expressed his anguish regarding working in a suffocating atmosphere in the federation. We are totally unaware of what happened in HI," Thomson said in a statement.

The SAI director general also said that the Australian could have discussed with him the issues of concern before taking the decision. "If Walsh had any complaint about the functioning of SAI, he could have very well come and discussed it with us."

Walsh, whose contract was till the 2016 Rio Olympics, also cited personal reasons as one of the causes for quitting the post.

"I am not willing to continue with the constant time away from my family in Australia. My current commitment places too much stress on my personal life," the 60-year-old said.

However, Walsh, who was contracted from October 2013, wished to be involved with Indian hockey in the future.

"Over the recent 12-month period I have become particularly attached to the playing group. In future years I would enjoy the prospect of retaining some involvement with the team and Indian hockey," Walsh added.

Walsh's resignation comes ahead of the prestigious eight-nation Champions Trophy, to be held Dec 6-14 at Kalinga Stadium in Bhubaneswar.