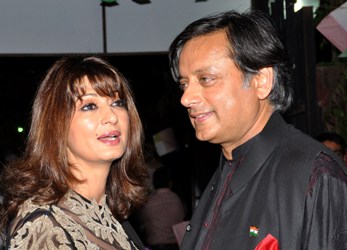 Tharoor, two-time Lok Sabha member from Thiruvananthapuram constituency, said he would react only after the probe gets over.

The demand came after Pushkar's latest post-mortem report, leaked Thursday, stated "poisoning" to be the cause of her death. Pushkar, 52, was found dead in mysterious circumstances in her room at a five-star hotel in Delhi Jan 17.

C. Divakaran, Communist Party of India legislative party leader, said the only way the truth can come out was not an CBI probe but only a team appointed and supervised by the Supreme Court will be able to come out with what had happened.

"Just because Tharoor won the Lok Sabha polls does not absolve him. After all he is the husband and he should take the lead in finding out what really happened to his wife, so are people here," said Divakaran in Thiruvananthapuram.

"There is a mystery in this case and the people would like to know the truth and for that it can be done only if there is a comprehensive probe," he said.

In Palakkad, Tharoor said he has no comment to offer in this case as the probe is already on.

"I know what you are going to ask me, I have nothing to say and the only thing I have to say as I have always said is let the ongoing probe be over. Let them look into all aspects," he told reporters.

"Once the probe is over, I will react," said Tharoor, who is in Palakkad on a personal visit. - IANS