Support, regulation of NBFCs gets major focus in Budget 2020

As the country's NBFC sector struggles with a severe liquidity crisis, the Union Budget 2019-20 came out with several announcements to support and regulate the non-banking financial companies (NBFCs).

In a major relief for the sector, she said that "fundamentally sound" NBFCs should continue to get funding from banks.

"NBFCs that are fundamentally sound should continue to get funding from banks and mutual funds without being unduly risk averse. For purchase of high-rated pooled assets of financially sound NBFCs, amounting to a total of Rs 1 lakh crore during the current financial year, the government will provide one time six months' partial credit guarantee to Public Sector Banks for first loss of up to 10 per cent. Further, the Reserve Bank of India (RBI) is the regulator for NBFCs," she said in her budget speech.

She also said that as the RBI has limited regulatory authority over NBFCs, appropriate proposals for strengthening the central bank's regulation over NBFCs are being placed in the Finance Bill.

"NBFCs which do public placement of debt have to maintain a Debenture Redemption Reserve (DRR) and in addition, a special reserve, as required by the RBI, has also to be maintained. To allow NBFCs to raise funds in public issues, the requirement of creating a DRR, which is currently applicable for only public issues as private placements are exempt, will be done away with," the budget proposal said.

The Finance Minister also said that NBFCs should be given parity with scheduled banks in terms of taxation and proposed tax incentives to certain NBFCs.

It is also proposed to provide that deduction of such interest shall be allowed to the payer on actual payment.

Commenting on the steps announced, V. Ravi, Executive Director and Chief Financial Officer of Mahindra Finance, said that improving NBFCs' access to funds from the banking sector would go a long way in rebuilding confidence and some actions like bringing NBFCs on par with banks in respect to tax reforms are well appreciated.

He, however, added: "The NBFC industry would have been glad to see the formation of a re-financing body which would address the liquidity stress created by certain entity specific events that tend to affect the sector as a whole. We believe a first step to that is enhancing the regulatory authority of the Reserve Bank of India over the NBFCs."

George Alexander Muthoot, MD of Muthoot Finance, said: "Nirmala Sitharaman has highlighted the government's thrust to infuse liquidity in the NBFC sector. In line with our expectations, the Debt Redemption Reserve for public issues has been exempted. Also, the credit guarantee provided by the government will further open up the liquidity line for fundamentally sound NBFCs."

The liquidiy crisis in the NBFC sector came to light after the infrastructure lending major IL&FS defaulted on a commercial paper last September. Following the default, the company has gone into an acute crisis and resolution is going in the National Company Law Appellate Tribunal (NCLAT) along with investigations of fraud and misappropriation on its previous management, its auditors and rating agencies.

Several other finance companies have come to the brink of default and have delayed their dues on Non-Convertible Debentures and commercial papers off late, raising major concerns over the financial health of the segment. IANS

Petrol, diesel price move up by a higher margin 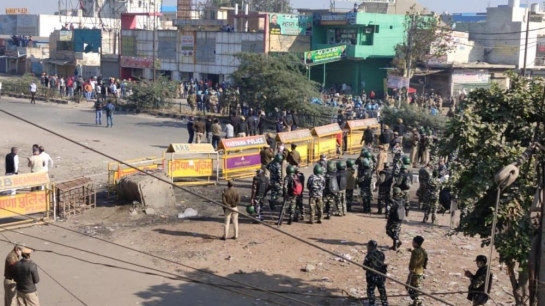