China defended detention of thousands of people in Xinjiang province at the UN Human Rights Council (HRC) meeting, here on Tuesday, and invited High Commissioner Michelle Bachelet to visit the area in the country's northwest.

"I sincerely invite you Mr President, Madam High Commissioner, as well as the members of the HRC and observers to make field visits to Xinjiang and see for yourselves a beautiful, true and a hospitable Xinjiang," Vice-Governor Erkin Tuniyaz told the UNHCR session on Tuesday.

Xinjiang Vice-Governor Tuniyaz's statement was watched closely in Geneva, as it was the first time a top official from China was to appear before the UN to discuss the detention camps, Efe news reported. Tuniyaz also belongs to the ethnic Uighur minority.

According to human rights groups, around one million Uighurs and other Muslim minorities are interned in Xinjiang's so-called re-education camps.

Tuniyaz claimed they were centres of "vocational education and training" created to "educate and save those who are influenced by religious extremism and committed minor legal offences" It aimed at preventing them from becoming "victims of terrorism and extremism", Tuniyaz added.

Xinjiang, which neighbours Central Asia, suffered the influence of separatist forces from the 90s until 2016, which led to thousands of violent attacks and several deaths, according to him.

Since the creation of the centres, "not a single case of violent terrorist attack occurred in Xinjiang, the infiltration and spreading of extremism has been effectively contained," Tuniyaz said.

To the allegations from human rights activists that the centres are used by the Chinese government to detain entire families and force them to renounce Islam, Tuniyaz said, "The trainees can go home on a regular basis and ask for leave whenever needed."

Tuniyaz alleged "certain countries, NGOs and media outlets ignored Xinjiang's stability and progress and maliciously criticised, smeared and slandered the counter-terrorism and de-radicalisation measures. Some of them even invented stories and even fabricated fake news."

Some of the critics suggest that China is creating a security network that invades privacy and affects the daily lives of Uighurs and other minorities with the help of technologies, like facial recognition and the "big data".

Tuniyaz defended the use of technologies to combat crime, but insisted there was no racial or ethnic profiling.

Ahead of Xinjiang Vice-Governor' speech, Uighur activists demonstrated near the UN headquarters here to denounce the massive detention camps. IANS 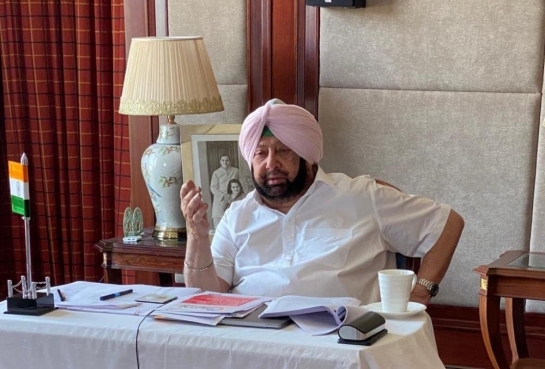