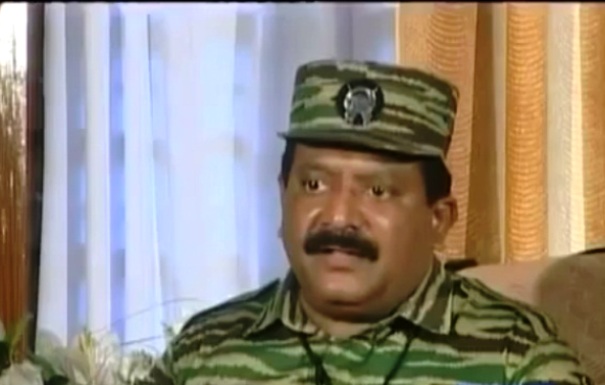 On 14 August 2006, four Kfir jet bombers of the Sri Lankan Air Force dropped 16 bombs on the LTTE-run Sencholai children’s home in Mullaitivu district of the Northern Province of Sri Lanka for orphaned girls, killing 61, all below the age of 12.

The Eelam war was fought without witnesses. The only source of information those days was the government, which claimed Sencholai was one of the LTTE’s child soldier training camp and that it was destroyed. It did not shock the conscience of the world.

A Fleeting Moment, written by a Diaspora Tamil, tells us the Sencholai orphanage was located in the deep forests of Vallipunam in order to be far away from the battle lines. Children in the orphanage had the privilege of direct communication with Velupillai Pirapaharan (aka Prabakaran), the LTTE supremo.

He was so protective of Sencholai that no one from the orphanage could join the LTTE even if they wished to on attaining adulthood. Training in the orphanage was geared to equip them for civil life. Besides, at the time of bombing, ban on recruitment of children born after 1990 was strictly enforced by the LTTE and watched by the international monitoring mission. In other words, one has to be at least 17 years old to join the LTTE.

N Malathy, who has lived in New Zealand for four decades and holds a Ph D from the University of Canterbury, was engaged in human rights work in the LTTE-controlled area of Vanni up until it was overrun by the Sri Lankan armed forces in the summer of 2009.

A Fleeting Moment provides an insider’s view of the largely unreported details of the Eelam war. She went to the Tamil homeland in Sri Lanka as a volunteer to do her bit to make the Oslo peace accord brokered by Norway work.

Her journey through the realities of the peace process on the ground, the eventual massacre of the LTTE fighters and civilians and the eventual fate of the Sri Lankan Tamils is a story hard to digest.

In World War I, civilian casualty was less than five per cent; in the Eelam war, more than 75 per cent of people killed were civilians with a preponderance of women and children.

The struggle for freedom of Eelam Tamils, suffering under the yoke of oppressive Sinhala Buddhist majoritarian regimes since 1948, has been widely dismissed by global powers of all persuasions, the USA, Russia, China and India after Indira Gandhi, each driven by their own self-interests.

Palaniappan Chidambaram, former Union Home Minister who at one time tried to broker an accord between the LTTE and Colombo, was so inspired by Sri Lanka’s military operation against the Tamils to declare that India would emulate the ‘Sri Lankan solution’ to deal with Maoist insurgency in the tribal belt of Jharkhand and Orissa!

Ethnic conflicts within states have become the single most important source of wars since World War II. Sensing the threat of civil war breaking out in Sri Lanka following the ethnic cleansing launched by the JR Jayawardane regime in July 1983 in which thousands of Tamils were slaughtered and some of their famous business establishments were razed to the ground, Prime Minister Indira Gandhi had made up her mind to liberate the traditional Tamil homeland comprising the Northern and the Eastern Provinces of Sri Lanka from Colombo which was in the grip of Sinhala Buddhists.

Only in Sri Lanka the Buddhist clergy is allowed to form political party and even run terrorist organisation. Though Indira Gandhi’s plan was kept a top secret, America’s CIA got wind of it and alerted President Jayawardene.

Gen Gerry de Silva, a former Commander of the Sri Lankan Army, disclosing India’s rehearsal for the special task of attacking Sri Lanka to liberate the Tamil homeland says in his book titled A Most Noble Profession, “The 340 Independent Infantry Brigade and the 54 Infantry Division (in India) had rehearsed amphibious and air landing operations.”

By a strange quirk of history, Rajiv Gandhi, who succeeded his mother, sent the same 54 Infantry Division to Jaffna, not to secure Tamils but to help Colombo consolidate its hold over the North-East and disarm the LTTE engaged in a liberation struggle.

Nevertheless, the LTTE, a non-state liberation force, proved capable of withstanding all external forces for almost three decades, drawing large numbers of Tamils, both inside Sri Lanka and outside in the Diaspora, to support its cause.

Eventually, the combined forces of India and Sri Lanka, with arms and ammunition, including cluster bombs, supplied by the UK and the USA, succeeded in decimating the LTTE and liquidating its leadership.

While Sri Lanka continues to deny that cluster bombs were ever used against the Tamils and ignored by the international community, a leaked e-mail from a UN official involved in demining work in Vanni claimed that they have come across unexploded cluster munitions.

The use of phosphorous bombs was something Tamils have experienced, but it’s been ignored by the rest of the world. In spite of such atrocities, the LTTE was able to create a progressive internal movement that succeeded in breaking down age-old caste barriers and inculcate a climate of social justice and equality. The book describes what life was like inside the LTTE-controlled territory during the last days of the war.

During the early 1980s India assisted Sri Lankan Tamil militants in training in their armed struggle. Once the LTTE emerged as the dominant militant group and could not be manipulated to sub-serve India’s interests, New Delhi declared it a terrorist organisation and persuaded other countries, including the European Union, to do likewise.

So shortsighted was the UPA government’s policy on Sri Lanka that it forsook the Tamils, India’s natural ally, to win over the Sinhalese who are firmly in the camp of China and Pakistan. The LTTE no doubt erred many times and in many ways, but it certainly was not the ruthless militant group as made out by the Sri Lankan and international media.

Those who want to know why permanent peace, not of the graveyard kind, but with equal rights to all its citizens irrespective of ethnicity, continues to elude Sri Lanka even five years after decapitating the LTTE will find answers in Malathy’s book.

“The LTTE fought a ruthless State alone, with only the support of the Tamil Diaspora without the support of any other State…It almost succeeded in taking on the world…Many other nations have achieved their goal of independence without making even one hundredth of the sacrifices made by the Tamils.

“They succeeded not because their liberation movement was better, but because the politico-enonomic conjunction was conducive and powerful States wanted it to happen,” says the author more in sorrow than in anger.

How the Rajapaksa Regime Gets Away with Murder