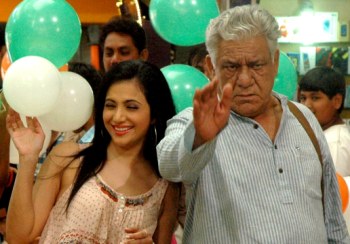 A cancer scare caused by an intimidating white patch in his mouth had all of actor Om Puri's friends and well-wishers worried after the report of the physical irregularity was out. But after a recent mouth surgery, he is fine and says he has kicked the butt.

The veteran actor sounded hale and hearty when this writer spoke to him.

Talking about the ordeal, Om said: "When this white patch was detected in my mouth I was hospitalised and fearing the worst, immediate surgery was performed. Most luckily for me, the patch was found to be benign. So there is no threat to my life."

Om has been strictly advised to quit smoking.

"After years of inability to kick the habit I've quit smoking with immediate effect. Nothing is more important than one's health. I've realized this after being in hospital," he said.

The actor whose next release "The Hundred Foot Journey", directed by Lasse Hallstrom, features him as the main lead opposite formidable British actress Helen Mirren, says roles have dried up for him at home.

"Indian cinema seems to have nothing to offer me any more. After having seen and done it all, I suddenly find myself jobless at home," he said.

Remind him that the West still reveres his talents and Om says: "But that can't keep me going as an actor. A good offer from the West comes once in a blue moon. I need to be valued at home." - IANS