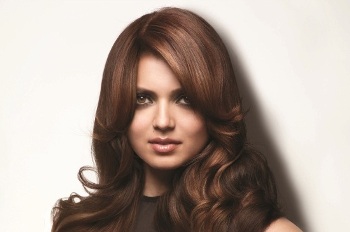 Football fever has gripped fans across the globe, and the national capital is also riding high on the spirit of the game with enthusiastic young men and women here going for FIFA-themed nail art, tattoos and even haircuts.

Flaunting their love for the game, youngsters are getting nail art in football themes, haircuts inspired by their favourite players and tattoos depicting Brazuca, the official match ball of the 2014 FIFA World Cup.

"With the FIFA World Cup ruling most conversations, teenagers have adopted their own ways to keep the momentum of the game going. They are opting for theme-based nail art which has seen an increase recently," a worker from Nail Lounge, a centre for nail art in Kamala Nagar area in north Delhi, told IANS.

"Those who do not support any team go with different coloured footballs," she said.

"We paint footballs, flags of different countries and even pictures of football players. (Lionel) Messi from Argentina is the most favourite player among young girls," Gambhir added.

She said clients send images of the player they want to get tattooed on their nails, which workers at the nail salon replicate.

"I usually get traditional nail art done, which includes motifs like flowers and designs, but FIFA-specific nail art is really interesting and trendy. I support Argentina, so I am wearing its national flag on my nails," Mehra told IANS.

Girls are also getting their nails pierced and wearing a small hanging football, while boys are opting for Cristiano Ronaldo's haircut.

"We get a lot of requests for painting different flags on the nails. Our range starts from Rs.600 onwards," said a worker from Simar's Nail Bar at a mall in south Delhi's Saket area.

"We also get clients who get only one nail painted. This costs Rs.250," she added.

A worker from Geetanjali beauty salon told IANS that prices for FIFA-inspired haircuts start from Rs.315.

"Ronaldo is my favourite player and I got a same haircut done. I even have the zig-zag scar which he dedicated to a child who underwent a brain surgery," said 18-year-old student Daksh Baweja.

The FIFA World Cup mascot Fuleco is also a preferred choice. Youngsters are not shying away from getting inked.

"We have done different tattoos related to football and the various teams. The minimum price for our tattoos is Rs.2,500, which increases as the size increases," said Max, owner of InkInn Tattoo studio.

"I am a great fan of the game and seeing the fast-growing trending FIFA nail art, I also decided to get one done. Since I am not supporting any particular team, I am flaunting flags of 10 different countries on my nails," said 17-year-old Shruti Bakshi. - IANS