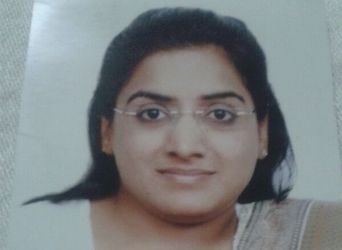 It was sheer hard work and determination that paid off, says Odisha's differently-abled Sarika Jain who cracked in her first attempt the coveted civil services examination.

"Always think better and be positive. If you work hard and you have a strong determination, you will definitely achieve success," Sarika told IANS in an interview.

A native of Kantabanji, a small business town in the impoverished Bolangir district, about 400 km from here, Jain was ranked 527th among the 1,122 candidates who cleared the three-stage civil service examination-2013.

Her father, 58-year-old Sadhuram Jain, is an undergraduate and a small-time businessman who runs a grocery shop in the town. Her mother Santosh Devi is a school dropout and a homemaker.

The elder Jain has four daughters and one son. Sarika is his third daughter. The family is strictly vegetarian and follows the Jain philosophy.

It is now celebration time for them. As the news of Jain's success reached, relatives, friends and local residents rushed to their house and congratulated them for the success. They also distributed sweets and hugged each other.

"From the beginning my aim was not to be an IAS officer because the infrastructure (to prepare for the exam) was not available here. I wanted to become a doctor, but the science stream was not available in the local college," Jain said.

"I studied commerce and obtained a bachelors degree from the local women's college. Later I pursued chartered accountancy, studying at home, and got qualified," she said.

That was when Jain decided she wanted to do some thing and chose to appear in the civil services examination. She went to Delhi in 2012 and received coaching at a private institute for six months.

"My aim was to learn new things. For me, study means to learn from others their experiences which helped a lot," said Jain, who had taken commerce and accountancy as optional papers in the civil services examination.

Jain developed polio in her right leg in 1985 when she was just two years old. Although she has 50 percent disability, this hasn't deterred her from dreaming big.

"Mentally, I am totally normal, which always motivated me to study hard and work hard. It motivated me to do something better and bigger for other people, for rural people and especially for differently-abled people," she said.

Jain said she would want to serve Odisha, her home state. Her father said the family is proud of her. "We all are happy," he said. - IANS