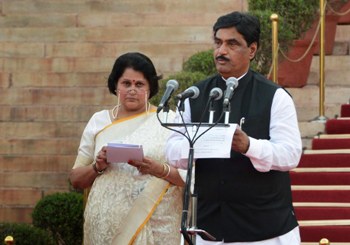 Union Minister for Rural Development Gopinath Munde, who was on his way to Delhi airport, died Tuesday morning following a car accident. He was declared dead at the All India Institute of Medical Sciences (AIIMS).

6 a.m.: Munde starts from his house to reach the Indira Gandhi International Airport.

6.20 a.m.: Munde's Maruti Suzuki SX4 car hit by a Tata Indica at Aurobindo Marg in south Delhi, from the side where he was seated.

6.35 a.m.: Munde's security personnel hand over the driver of the Tata Indica to Delhi Police

4 p.m.: Union cabinet to meet to condole his passing away. - IANS