A ministry for the Himalayas: Not a day too soon 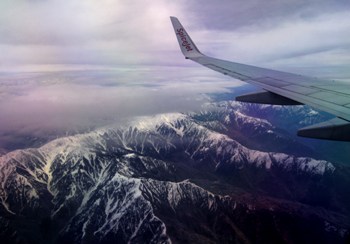 The recent news about the active consideration of Prime Minister Narendra Modi's government to start a new ministry to oversee the Himalayas is most welcome.

In all these years since independence, ignoring the Himalayas has been wholly unwarranted and shocking. To many of us who have been hammering away at this thought, it is the most welcome of all news emanating from the newly formed government. Here is why we think this is a path-breaking thought leadership.

The sheer size of the Himalayas expanse from Pir Panjal Range in Kashmir to the eastern part of Arunachal Pradesh, the Anjaw district, the tri junction of India, Myanmar and China, is certainly nature's endowment to India.

All 2,500 km of Indian Himalayas house some of the most dense and rare bio-diversity reserves on earth. The people who live in these vast expanses and mountains are many times forgotten. However, of late they have also been voicing their concerns and their needs to the central government.

There are also many institutions and NGOs like the Indian Mountain Initiative that have repeatedly been talking about the way the Planning Commission does not even take the Mountain specificities into consideration during the five-year plan formation exercise.

Only during the 12th Plan finalisation, and that too due to some pressure exerted by members of parliament, the working group on mountains was at last constituted. Better late than never.

The Indian Himalayas stands tall. These are the water towers. They feed the myriad of rivers that so far have been providing water security to millions of people downstream.

However, today we have enough evidence to believe that these water towers are getting depleted of its ice. In Tibet, satellite mapping shows that just like Antarctica and the Arctic, there is melting of ice, including the permafrost.

This will have delayed but eventual consequence as lower than normal water flows in the many rivers. Hence, urgent action and monitoring are required.

These are certainly climate change issues that need to be addressed by the new ministry. Whether Himalayan states need to be compensated for bio-diversity reserves and management is another very pressing state-centre issue.

Apart from this, the geopolitical nature of the Himalayas is a well-known facet. In the eastern and western-most parts, we still do not have well demarcated boundaries with China (Tibet). The boundary dispute is yet to be resolved. This has been the reason for so many tense moments that we have with China.

Also, the international borders from West to East and moving to and through Nepal, China, Bhutan, Myanmar and Bangladesh make for formidable security and trade related concerns and issues. There is much opportunity in all of this too.

If we are able to put the boundary problem behind us and open up all the passes to trade, then imagine what impetus to economic growth it would have.

The Nathu-la pass was opened to trade after 44 years in 2006 thanks to a landmark agreement between Atal Behari Vajpayee and his Chinese counterpart in 2003-04. It is border trade and this can be upgraded to full trade. Sikkim's economy will be given a huge boost.

Tourism is always a very important economic activity in the Himalayan areas. Scores of tourists from the plains ascend to the cooler climes of the mountain cities. One look at Mussoorie and you will see what the serious challenges to mountain cities are. Hence there is much work to do to enable the construction and management of sustainable mountain cities.

Transportation and waste management are all huge burgeoning problems that need solutions. But before that, attention to these problems is sourly needed.

Infrastructure and building of roads in the mountain areas is another major issue. Modern technology has not been introduced just yet. This again is due to sheer apathy. The IITs do not specialize in mountain terrain technology.

There is the issue of construction of dams and generation of hydropower as well. These are contentious issues that need to be dealt with sensitivity.

Railway lines and mountain railways have been around since the days of the British Raj. They managed to take the railways to Darjeeling, Shimla and Coonoor hills (Nilgiri Mountain Railway). The British had made these technological feats.

However, since independence, the technology stands where it was in 1947. The Chinese on the other hand have taken it literally to greater heights and succeeded in bringing rail link from Beijing to Lhasa. We have some serious work to do to catch up.

All in all, there are serious developmental and geopolitical implications. Landslides and even huge disasters triggered by rainfall or by earthquakes happen every now and then. Sikkim and Uttarakhand are prime examples in recent memory.

So the challenge for the ministry is to ensure that all of these issues are resolved in a way that the states of the Himalayas are taken into confidence. With Modi at the helm and with all the talk of good governance this is entirely possible. Federalism would have won.

I am totally in alignment with the formation of a ministry which would not have come a day sooner. There are many ideas and many issues - bio-diversity, climate change, trade, water and geopolitics - that need to be sorted out by an inter-ministerial group.

Only time will tell whether this will fructify. But the thought leadership is beginning to kick in, and I am an optimist that it will happen.

(The Author is a Member of Parliament (Lok Sabha) from Sikkim. The views expressed are personal.) - IANS