Sharad to campaign for Kejriwal in Varanasi 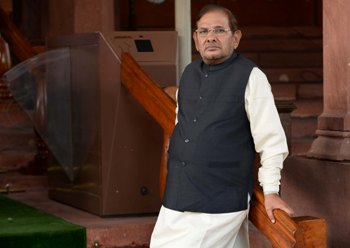 "I am leaving for Varanasi this afternoon," Yadav told the media. He said his party had decided to support Kejriwal. "There are no differences in the party over this."

Two days ago after JD-U spokesperson K.C. Tyagi announced the party's support to Kejriwal, differences surfaced in the party, with Bihar JD-U president Vashsisht Narain Singh said no one will campaign for the AAP.

"This should be criticized by all as the Election Commission is a constitutional authority. It cannot be challenged by anyone," he said, and added that the attack betrayed Modi's desperation. - IANS