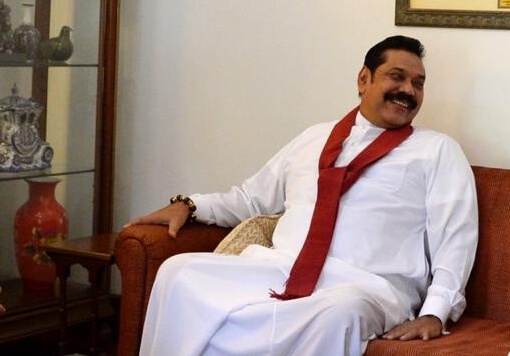 The invitation to former Sri Lankan president Mahinda Rajapaksa by The Hindu Group to be the chief guest at its elite ‘Huddle’ event in Bengaluru has raised widespread anger among the Tamil people all over the world. Some groups of Tamils in Karnataka, whom The Hindu newspaper and its sister publications normally dismiss as ‘fringe groups’ have even planned a protest against Rajapaksa’s visit.

Why are the Tamils – actually anyone committed to democracy should be with them – agitated over The Hindu calling in Rajapaksa, who was behind the genocide of 2009, to speak on, of all subjects, ‘Future of Indo-Lankan ties’?

Tens of thousands of Sri Lankan Tamils disappeared before, during and after the ethnic conflict and their fate has not yet been disclosed by the government even today. According to the UN, Sri Lanka ranks two in the world in the highest number of people disappearing. The disappeared people include several babies who were with the families when these families surrendered to the Sri Lankan Security Forces on the final days of the war in May 2009. These Tamils voluntarily placed themselves in the hands of the security forces at the end of the conflict relying on assurances that they would be safe. When there is no other country where children and surrendered people have disappeared, how can the very same man who is behind the mass disappearance be invited as a chief guest to an event?

According to the November 2012 Report of the UN Secretary-General’s Internal Review Panel on UN Action in Sri Lanka, the figure was raised to 70,000 killed during the final phase of the war in 2009. Rajapaksa, who should be answering questions raised by the allegation, would instead be in Bengaluru answering the questions of select crowd of elitists and intellectuals in the cosy air-conditioned environs of a star hotel.

A report by the International Truth and Justice Project (ITJP) published details of Sri Lankan Military run "Rape Camps", where Tamil women are being held as sex slaves. The report records the testimony of a woman as follows: “A senior officer came into the room and was asked to take his pick, like we were meat in a meat market. He looked around and chose me. He took me to another room and raped me"

"Two of the women describe being detained in a group in one room, available for any soldier to come and choose from and take to an adjacent room or tent to be raped," says ITJP. When the report, published by Human Rights defender Yasmin Sooka in Feb 2017, is fresh in people’s mind, how could the man instrumental in the setting up of the rape camps be called to comment on future Indo-Lankan ties?

Recently a large mass grave was found in Sri Lanka in the Northern Province town of Mannar. According to international media reports as of now around 300 skeletons were unearthed in this mass grave consisting of 23 children below the age of 12. Some of the victims appeared to have been bound. The bodies had been heaped up and found “dumped”, instead of being “laid to rest” beside each other, as would be the case in a cemetery. The Military intelligence was occupying a building close to where the mass grave was found. Even though the war had ended almost ten years ago, still there is very large number of security forces stationed in Tamil areas, raising concerns that the security forces may tamper and destroy the evidence of war crimes, including what’s found in mass graves. Several mass graves were found since 1990’s. Yet no one has been held accountable. How can the man who should be held responsible for the mass graves be allowed to stand before a select audience, cherry picked by The Hindu Group, and wax eloquence?

Among the chosen audience of Rajapaksa and those behind the organization of The Huddle would be self-proclaimed liberals, who would be accusing the RSS of not believing in the constitutional values and making a hue and cry on the need to protect the Constitution from fascists. But they would play a reverential audience to Rajapaksa, who violated the Sri Lankan Constitution very recently, disrupting Parliament and proclaiming himself as Prime Minister. Won’t it be an irony?

Tamils around the world also wonder if Rajapaksa is being honoured in Bengaluru with a view to insulating him from the ‘Genocidal Charges’ that might be made in the International Criminal Court in the event of the upcoming UNHRC session in March passing the Sri Lankan issue before the UN General Assembly.

The Tamils also have some specific questions directed at N Ram, chairman of The Hindu Group, who has been trying to project himself as a champion of journalistic freedom. When there was a complaint raised by Governor’s office against R Gopal, Editor of Nakkheeran, Ram played a major role in preventing Gopal’s arrest. Later on, when two French journalists were found inside a protected central government establishment premises and two journalists from Tamil Nadu who accompanied them were questioned by the police in Kanyakumari district, Ram called for a press conference in Chennai and defended all those whom the police wanted to interrogate. So, from that high pedestal of a defender of press freedom, how does Ram look at the media freedom the Sri Lanka journalists enjoyed when Rajapaksa was President?

Recently when Rajapaksa tried to become Prime Minister through the back doors, journalists in Sri Lanka were apprehensive of freedom of expression taking a nose dive if Rajapaksa managed to do what he aspired for. Is not Ram aware of that?

Does not Ram remember Lasanth Wikremesinghe, who was killed during Rajapaksa’s regime in January 8, 2009. The murderers were not convicted even after ten years. This year, daughter of Lasantha wrote an emotional article remembering her father and the proceedings of investigation of his murder. Below is the link

It would be nice if Ram would read at least a few lines of the last letter of Lasantha Wickresinghe, which was termed as ‘Letter from Grave’:

“Why then do we do it? I often wonder that. After all, I too am a husband, and the father of three wonderful children. I too have responsibilities and obligations that transcend my profession, be it the law or journalism. Is it worth the risk? Many people tell me it is not. Friends tell me to revert to the bar, and goodness knows it offers a better and safer livelihood.

Others, including political leaders on both sides, have at various times sought to induce me to take to politics, going so far as to offer me ministries of my choice. Diplomats, recognising the risk journalists face in Sri Lanka, have offered me safe passage and the right of residence in their countries. Whatever else I may have been stuck for, I have not been stuck for choice. But there is a calling that is yet above high office, fame, lucre and security. It is the call of conscience. The Sunday Leader has been a controversial newspaper because we say it like we see it: whether it be a spade, a thief or a murderer, we call it by that name. “

(Senthil is the Coordinator of Ilanthamizhagam)