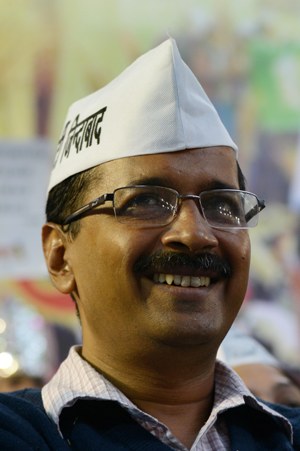 A 60-year-old rickshaw puller, resident of a slum in the Connaught Place area, Saturday inaugurated a renovated hospital in central Delhi in the presence of Delhi Chief Minister Arvind Kejriwal.

Bijay Baba inaugurated the renovated Palika Maternity Hospital in Lodhi Colony after Kejriwal called him Friday night and asked him to do the honours.

"This is a matter of great respect and dignity that a rickshaw puller has been chosen to inaugurate a hospital," Bijay Baba said after inaugurating the hospital.

"I have always seen MLAs and MPs coming with their bodyguards to inaugurate hospitals and malls, but only in the AAP government can people like us hope to get such respect," Baba told IANS.

Kejriwal, on this occasion, said that to achieve the objective of round-the-clock maternity and child welfare services, the strength of the beds at the hospital had been increased from 30 to 65 and upgraded facilities were made available.

A new out-patient department block and an indoor treatment block have been opened with neonatal ICU (Intensive Care Unit), modular operation theatre and labour room. Round-the-clock obstetric emergency facilities for the convenience of patients and prompt treatment have also been provided.