Making A Mockery of Democracy 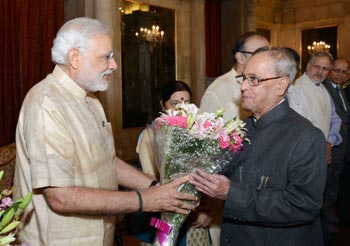 Does ordinance uphold the spirit of democracy? Britain, whose system of governance we follow, does not have ordinance. The USA, oldest democracy, manages without the power of ordinance. The Constitutions of former British colonies like Australia and Canada do not confer such power on the executive.

The Government of India Act, 1935, conferred discretionary powers on the Governor-General and Governors of Provinces to promulgate ordinances to rule over a subject nation. This ordinance-making power always remained unpopular. BR Ambedkar, justifying retention of ordinance-making power in free India’s Constitution, told the Constituent Assembly, “That power was to be used to meet extraordinary situations and not perverted to serve political ends and shall not be used to perpetrate a fraud on the Constitution.”

Presidents Neelam Sanjiva Reddy in 1979 and Shankar Dayal Sharma in 1996 refused to sign ordinances to serve political ends and lived up to Ambedkar’s expectations. President Pranab Mukherjee signed the Right to Fair Compensation and Transparency in Land Acquisition, Rehabilitation and Resettlement (Amendment) Ordinance thrice, first on 31 December 2014, for a second time on 3 April and again on 30 May.

It is for the first time a Central Ordinance has been re-promulgated with such profligate abandon. Every ordinance ceases to operate at the expiry of six weeks from the date of the meeting of Parliament. The Constitution says that six months shall not elapse between two sessions of the legislature, making the maximum life span of an ordinance seven- and-a-half months.

Article 123 of the Constitution empowers the President to promulgate ordinances if a law is immediately necessary and when both the Houses are not in session. The Article is silent on re-promulgation. The President must be satisfied that circumstances exist which render it necessary for him to take immediate action.

After the 44th Amendment, it has become abundantly clear that the Supreme Court can examine the President’s satisfaction for the need for immediate action. A petition challenging the Land Acquisition Ordinance is already pending in the Supreme Court and the Bill to replace it has been referred to a Joint Committee of Parliament.

When the Supreme Court heard a petition of farmers on the re-promulgated ordinance on 13 April, the Bench of Justices Jagdish Singh Khehar and SA Bobde showed no urgency in the matter and adjourned the case to 6 July in the hope the petition might become infructuous by then. Re-promulgation of the Ordinance for a third time under these circumstances makes a complete mockery of the judiciary and the legislature.

Though Nehru called ordinances a “charter of slavery” during his days in the freedom struggle, he did not hesitate to use it on becoming Prime Minister. When Nehru wanted to promulgate an ordinance in 1950, Speaker GV Mavalankar said it was “inherently undemocratic.” Arun Jaitley who called the use of Article 123 to promulgate ordinances “an abuse of the legislative power” while in the opposition, is now championing re-promulgation of the Land Acquisition Ordinance. A relic of the British Raj, such power is an insult to Indian democracy.