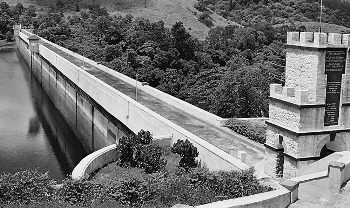 The clearance given to the Kerala government for carrying out an Environmental Impact Assessment Study for a new dam within a 10 km radius of the Mullaiperiyar Dam by the Union Environment and Forest Ministry defies logic and passes understanding.

The Empowered Committee of the Supreme Court had found the 126-year-old dam hydrologically, structurally and seismically safe and that the water level could be raised to 142 feet. To nullify the Supreme Court order of 27 February 2006, the Kerala government amended its Irrigation and Water Conservation Act on 18 March 2006, prohibiting the raising of Mullaiperiyar Dam water level beyond 136 feet.

The legislation was struck down by the Supreme Court, which passed a fresh order on 7 May this year allowing Tamil Nadu to raise the water level to 142 feet. Dissatisfied with the order, Kerala government filed a review petition. A five-judge Constitution Bench of Chief Justice HL Dattu and Justices J Chelameswar, Madan B Lokur, MY Eqbal and C Nagappan, dismissing the review petition said, “We see no ground to interfere with our judgment dated 7 May 2014.”

Having exhausted all legal avenues, Kerala, determined to thwart the Supreme Court orders, has turned to the National Green Tribunal alleging destruction of biodiversity of the Periyar Tiger Reserve surrounding the Mullaiperiyar Dam if the water level was raised. When the forest area was declared a Tiger Reserve in 1978, the storage level of Mullaiperiyar Dam remained at 152 feet. It was brought down to 136 feet in 1979 to assuage fears expressed by Kerala about the safety of the dam.

The dam is owned, operated and maintained by Tamil Nadu under a 999-year lease of 9,000 acres of land in the Idukki district of Kerala to irrigate and to supply drinking water to the five drought-prone districts of Theni, Dindigul, Madurai, Sivaganga and Ramanathapuram. Raising the water level to 142 feet is absolutely necessary to provide drinking water to the people of these five districts in Tamil Nadu and to irrigate about two lakh acres of land in this rain shadow region as it would yield an additional 1,548 million cubic feet of water.

The dam has been retrofitted and is as good as new. The fear of its bursting and taking the lives of more than four lakh people living downstream in Kerala is totally unfounded. In the unlikely event of the Mullaiperiyar Dam bursting, the entire water can be accommodated in the Idukii reservoir 40 km below having a storage capacity of 71 tmcft water.

The area between the two dams is mostly forest. Even if the the Mullaiperiyar Dam is decommissioned or destroyed, Tamil Nadu has the right to build another dam at the same site and draw waters because the 1886 agreement is still valid and cannot be repudiated. The good neighbor relationship between Kerala and Tamil Nadu should not be sacrificed at the altar of narrow political gains of the parties in power.