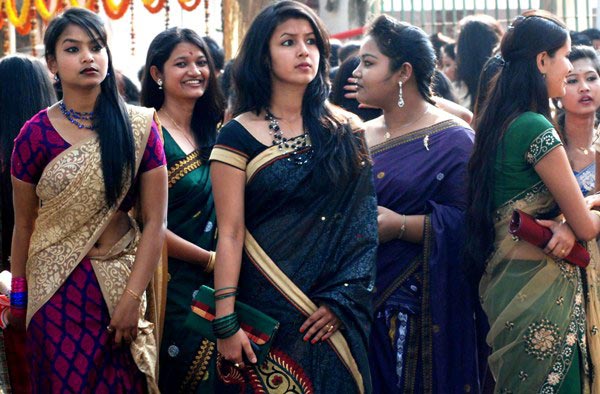 If Prime Minister Narendra Modi clad in his designer kurta-pyjama were to enter one of the classy clubs in Chennai, he will be stopped at the gates by the guards on duty because his apparel does not conform to the dress code of the institution.

There are at least five clubs in Chennai and many more in Tamil Nadu, including the venerable 173-year-old Ootacamund Club in the Nilgiris practicing sartorial apartheid, a hangover from the colonial era.

Following the denial of entry into the Tamil Nadu Cricket Association Club to a judge of the Madras High Court dressed in his Sunday best, which is veshti (dhoti) for men and saree for women according to long-established tradition in the State, Chief Minister Jayalalithaa has promised to enact a legislation in the current session of the Assembly itself to put an end to this relic of the Raj.

N Srinivasan, president of the Tamil Nadu Cricket Association and chairman of the International Cricket Council, has promised to fall in line and revise the dress code but not the others. Rules of these clubs invariably look down upon only men wearing Indian clothes but not women.

This gender bias is unbecoming of a democracy and it is about time these antediluvian rules are changed. In a sub-tropical State like Tamil Nadu, it is absurd to insist men wear trousers and collared shirts and shoes with socks. Some clubs even prescribe jackets and ties.

The clubs maintain that rules and regulations, including dress code, are meant for members and if a member brings guest, the member is expected to inform the guest in advance and make the guest honour the dress code.

The restriction on dhoti-clad men entering certain specific places was introduced by the colonial rulers but the resistance started almost a century ago. In spite of the restriction, dhoti was the only approved apparel for men to enter the sanctum sanctorum of most temples in Kerala and select temples in Tamil Nadu from time immemorial.

P Thyagaraya, leader of the Justice Party and president of the Madras Municipal Corporation, turned down a request of Governor Wellington to receive Prince of Wales properly attired in tunic prescribed for the first citizen of the city more than 100 years ago.

Thyagaraya refused to oblige and turned up in his flowing white dhoti, white coat and white turban and received the Prince. However, when the Madras High Court Judge D Hariparanthaman and senior advocates R Gandhi and G Swaminathan were denied entry to the TN Cricket Association Club and the court was moved to take appropriate action against the club, the First Bench comprising Acting Chief Justice SK Agnihotri and Justice MM Sundresh declined to entertain the public interest petition saying no constitutional provision has been violated by the club.

The Bench said the legislature was the competent authority to deal with the situation. Pending legislation promised by Jayalalithaa, advocates in Madras High Court have taken to white dhoti and black coats as a show of solidarity with Justice Hariparanthaman. Clothes do not just make a man. They represent his cultural, political and social milieu.