Whither the Spirit of Remission 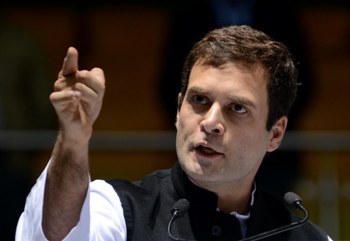 The Tamil Nadu Chief Minister Jayalalithaa’s decision to set free all 7 convicts, including the three death row convicts, in the Rajiv Gandhi assassination case has rattled the Congress.

Party vice president Rahul Gandhi expressed sorrow that the “killers” of a Prime Minister were being freed.

Congress spokesman Abhishek Singhvi condemned the Tamil Nadu government’s decision as irresponsible, populist and perverse, and said that it has shaken the faith of every law-abiding citizen in the judiciary.

Far from it, the people’s faith in the judiciary has gone up. It is not even a month since a three-judge Bench has laid down that unexplained inordinate delay on the part of the executive in disposing of mercy petitions was sufficient reason to commute death sentence to life imprisonment.

When Murugan, Santhan and Perarivalan sentenced to death in the 1991 Rajiv Gandhi assassination case approached the Supreme Court for relief, it could not have ruled otherwise except commuting their death sentence to life imprisonment.

In doing so, it clarified that life term would be subject to remission by the appropriate government under the Code of Criminal Procedure. Section 433A of the CrPC allows the State to review life sentence after the convict has served a minimum of 14 years.

In the instant case, besides the three, Nalini, whose death sentence was commuted to life term at the instance of Sonia Gandhi, and another three sentenced to life term by the Supreme Court have served 23 years with exemplary conduct.

The real killers and the principal conspirators were either killed in the human bomb blast along with Rajiv Gandhi, committed suicide or died in commando action at their hideout outside Bangalore.

The Tamil Nadu Chief Minister exercising her power under Article 161 of the Constitution decided to set free all the seven in three days in consultation with the Union government. Concurrence of the Centre is not mandatory, according to several judgments of the Supreme Court.

Since Rahul Gandhi expressed his unhappiness about the release of the seven convicts, the UPA government has turned the entire issue upside down.

Prime Minister Manmohan Singh breaking his sphinx-like silence said that the assassination of Rajiv Gandhi was an attack on the “soul of India” and asked the Tamil Nadu government not to proceed with the release of the seven convicts in solitary confinement for the last 23 years, as it was contrary to “all principles of justice.”

The government moved a review petition in the Supreme Court and obtained a stay of release of the prisoners and a direction to the Tamil Nadu government to maintain status quo on the issue.

The sound foundation laid by the Supreme Court on the issue of mercy petition has been shaken by the stay of release of the convicts on political considerations.

Jayalalithaa may be held responsible for procedural lapse for not constituting a prison advisory board - which in no way would have arrived at a decision other than the one taken by the Tamil Nadu cabinet - and faulted for the haste in which she wanted the Centre to respond.

But it may be pointed out that the convicts were tried under the notorious TADA instead of CrPC and were subjected to untold human rights violations. Remission of sentence is for reformation of the convict. It could be established the prisoners to be released fulfill this criteria.

Instead of creating a humane atmosphere and usher in an era free of the death penalty, the clock has been put back by the impulsive intervention of Rahul Gandhi, promoted as the future Prime Minister of the country by the Congress Party.