From Delhi School of Economics to UP poll ground


When he passed out of the prestigious Delhi School of Economics (DSE) with a master's degree, his plan was to pursue academics. But after completing M.Phil from Jawaharlal Nehru University (JNU), Harshvardhan Shyam's interests began moving in a diametrically opposite direction.

He made up his mind to try his luck in public life. And when the first opportunity came his way to contest the 2012 state assembly elections, he took the plunge from the Mohanlalganj constituency on the outskirts of Lucknow.

And none other than the Congress party decided to award him a ticket.

Asked why he chose Mohanlalganj, the most unusual candidate from this rural constituency said: "I was looking for a reserved constituency and Mohanlalganj ideally suited me as it was a traditional seat of the Congress.
“Even though R.K. Chaudhary has succeeded three times from there, the electorate is now looking for change. I know I am capable of living up to the expectations of the people there."

And this young man is leaving no stone unturned to pitch in his best. Setting off on his door-to-door campaign at 8 a.m. every day, he moves from village to village and hamlet to hamlet, reaching out to people in their fields, homes, schools and colleges. He also addresses numerous roadside meetings.

And what is the vision he is projecting for Mohanlalganj?

"I wish to take this constituency forward. Despite being barely 25 km from Lucknow, Mohanlalganj has not seen the fruits of development. This place has neither basic infrastructure, civic amenities nor industry.
“I see no reason why this place should remain deprived of all that it rightly deserves by virtue of its proximity to the number one city of India's most populous state," he added.

This 32-year-old bachelor came on Congress general secretary Rahul Gandhi's radar when he went to attend the 2009 Youth Congress convention in Ambedkar Nagar.

Queries posed by him drew Rahul's attention and propelled him into the Gandhi scion's team, by virtue of which he was also made a Youth Congress coordinator at the JNU.

Born and brought up in Lucknow, he did his early education from St. Joseph Cathedral School in the city, before he was shifted to a more prestigious school in Nainital by his father, a government official here.

Soon after completing his schooling, his high aggregate got him into Delhi University's well-known Sri Ram College of Commerce from where he obtained an honours degree in economics.

DSE became his next destination followed by JNU, where he was pursuing Ph.D on 'The changing dynamics of UP politics post 1989'.

Not only that, his electoral battle is against a seasoned campaigner, R.K. Chaudhary, 52, who has romped home from Mohanlalganj for three successive terms.

Chaudhary had taken off into politics as a trusted lieutenant of Bahujan Samaj Party (BSP) founder Kanshi Ram, who even got him inducted as a minister in the first Mayawati-led BSP-BJP government in 1995.

A law graduate, Chaudhary was compelled to make an exit from the BSP because of souring of relations with Mayawati. However, considering that he won the next two elections as an independent candidate, he still remains a formidable challenge for Harshvardhan. - IANS

To put the struggle of Sri Lankan Tamils in its historic perspective – it was not an army versus militant fight - a documentary is being made.   P C Vinoj Kumar meets those behind the project 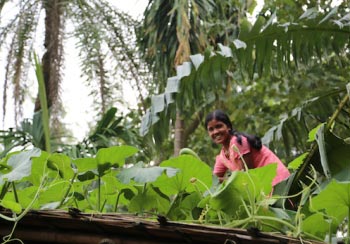 After Smile Pinki, documentary film maker Megan Mylan has celebrated the success story of Monika Barman of Cooch Behar. Aditi Bishnoi tells us about the documentary, ‘After My Garden Grows’ 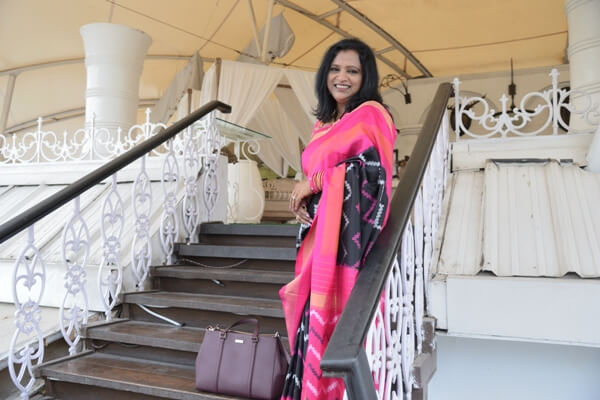 A poor girl from a Telangana village, who grew up in an orphanage, was married off at 16, and forced to work in the paddy farms for a daily wage of Rs 5, is now the owner of a USD 15 million turnover company. Ajuli Tulsyan unravels her story

As a child, V Jayaprakash attended school for the free mid-day meals, but later developed a passion for science and innovation. Kavita Kanan Chandra met the maker of the portable smokeless stove, who has more innovations lined up for the future

Twin sisters making a musical pair is old hat.  But since Shruti and Gore Bhatla share an incurable genetic disorder besides a passion for music they are remarkable, feels Abhishek Pandey