Travelling through the Tamil areas in North Sri Lanka, one is shocked to see the changing demography of the land. A land that was once inhabited by Tamils and a land that had a distinct flavor of Tamil culture and heritage is now in the grip of Sinhalese hegemony, seen in the form of Buddhist statues, viharas and stupas dotting the landscape that is also lined by broken Tamil homes and newly built shanties of Tamil refugees.

Sinhala and Sinhalisation are now the watch words in the predominantly Tamil areas of North Sri Lanka. Starting from Vavuniya, the change is perceptible as one enters the Tamil heartland.

All those entering into the north have to pass through Omanthai - which has been given a Sinhalese sounding name, ‘Omantha’ - check point on A9 national highway. At this place where more than 90 per cent of the travelers are Tamil speakers, one needs to go with a person knowing Sinhala to answer the queries from the Sinhalese soldiers.

Throughout our travel into the Tamil hinterland, we could sense an air of Sinhalese triumphalism.

Military camps and Sinhala soldiers are a common sight in Tamil areas. Out of a total land mass of 65,619 sq km, the Tamils inhabited 18,880 sq km of land in the north and east, but after May 2009, the defence forces have occupied more than 7,000 sq km of Tamil land.

It is estimated that 2500 temples and 400 churches have been destroyed. The Sinhala forces do not permit the people to reconstruct these worship places and many are in a dilapidated state.

On the other hand, even though the only Buddhists who are to be found here are the Sinhalese soldiers, nearly 2500 Buddhist stupas and statues have come up in Tamil areas in the last couple of years, according to the locals.

A Buddhist Vihara named Mahatota Raja Maha Vihara has come up within 50 meters of the famous Thirukethiswaram temple in Mannar district. The ancient name for Thirukethiswaram area was Mahathottam.

The government has been making a big hype about a so-called development programme in Tamil areas called Vadakin Vasantham (Uthuru Wasanthaya or Northern Springs).

Infrastructure development, electricity, water supply and sanitation, agriculture, irrigation, livestock development, inland fisheries, health, solid waste disposal, education, sports, cultural affairs and transportation are some of the areas that they claim will be covered under this program.

However, the real beneficiaries of this scheme are not going to be Tamils but Sinhala jobless youth, who would be employed in the projects that have been handed to Sinhala contractors.

The defence forces will be the ones who will be utilizing the newly developed infrastructure as a major chunk of the funds will be allocated towards road development to facilitate easy troop movement.

In Cheddikulam a housing scheme for Sinhala returnees is underway. One would have welcomed it if it was the same 13 displaced families that were to return. Instead, some 75 new Sinhala families are being relocated in the area.

Already 165 Sinhala families have been resettled in Kokkachchaankulam, which is to be renamed Kalabowasewa.

A grand new Sinhala medium school for new returnees has come up on Madhu road, whereas hundreds of schools for Tamil kids in the vicinity are in a state of disarray.

According to locals, forest wealth in the Tamil areas is looted by the Sinhalese from the south who enter the forest with permission of the armed forces for timber logging.

People also complain that Sinhala Buddhist archaeologists are engaged in nefarious activities of Sinhalization. They are said to be visiting Tamil areas and 'excavating' Buddha statues that they themselves plant earlier. The purpose of this exercise is allegedly to claim that the territory in question had been a Sinhala Buddhist area.

Where there were only a few old Sinhala sign boards pointing directions and mentioning names of places, today one is dumbstruck at the sheer number of new Sinhala name/direction boards in the Tamil areas.

In Mullaithivu and many other places in the north, Tamils are not allowed to enter the sea, while their Sinhala counterparts from the south are allowed to fish in their areas.

Locals say that all petitions to government services and establishments have to be given in Sinhala only since 2009.

In the heart of Kilinochchi town, the erstwhile administrative capital of Tamil rebels, streets sport Sinhalese names such as Mahinda Rajapaksa Mawatha, and Aluth mawatte (The new road).

Three roads close to the A9 highway in Kanakarayankulam have been given Sinhala names - Kosala Perera road, Anura Perera road, and Rev Yatiravana Vimala Thero Street. The first two names are those of soldiers who took part in the war and the last one is the name of a Buddhist monk.

Where will this all lead to? Only time will tell.

Also Read: Intellectuals and activists support the Tamil cause across the language divide 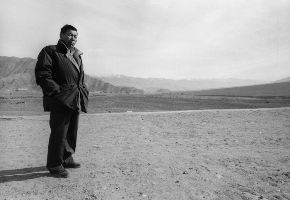 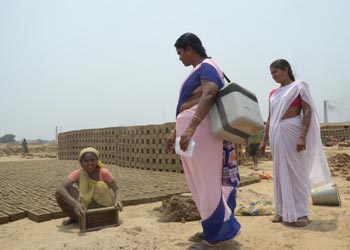 Where mothers are made to understand the need for immunizing children

Elucidating the devastating effects of fear on people’s life, Roopleen Prasad shows us the ways to overcome fear by quoting successful people who have looked fear on the face 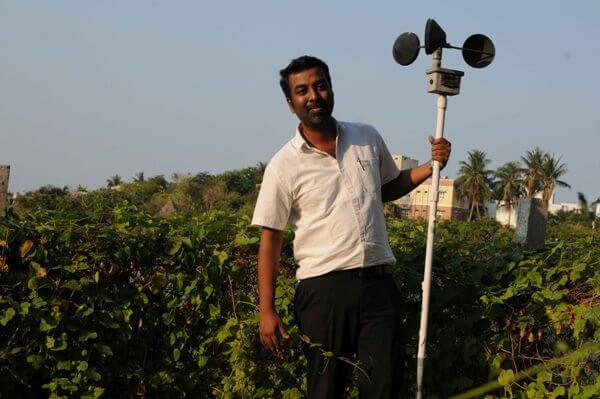 When the sky turns overcast, people of Chennai no longer tune in to their television sets to listen to the weather forecast – they log in to Pradeep John’s Facebook page. P C Vinoj Kumar profiles Chennai’s popular independent weather forecaster

For weavers of the famed Pochampally sari in the Bhoodan Pochampally village of Andhra Pradesh, life is as complicated as the warp and weft of the fabric they weave, says Azera Parveen Rahman 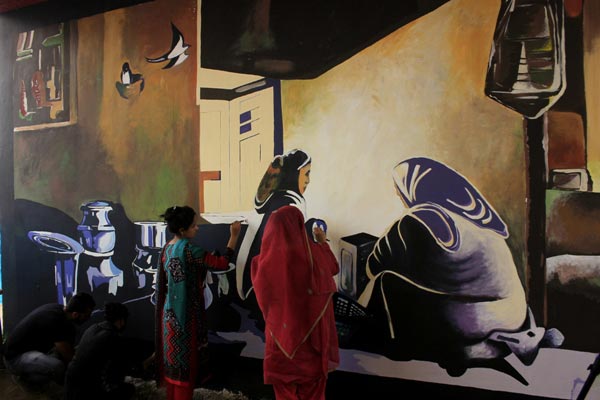 The younger generation of Kashmiris is expressing pain and anger through music, writing and other art. The latest trend, says Ruwa Shah, is an offshoot of the protests over Amarnath land row

A Kerala minister resigned from the cabinet in the 1960s after he was caught in a scandal involving a Congress worker, Padma Menon, but P J Kurien has survived a rape case, says Sam Rajappa